I’ve put together a list of the top 6 incredible zoos in Japan that everyone should visit, complete with fascinating animals, lovely gardens, and exciting activities for all ages!

Japan is renowned for being one of the world’s friendliest nations to animals.

There are some locations in Japan where you can interact with pet animals, including some localities like Nara City and its zoos. Numerous deer are dispersed throughout the city. The visitors to the park are not unaffected by those beers.

Want to learn more? Therefore, keep reading to learn about other animals and rare species that can be found in Japan. In this article, I’ll walk you through my observations and the information I learned while visiting those six (6) vibrant zoos in Japan.

The zoo, which is also referred to as Japan’s largest safari park, is situated in Susanoo City near Mt. Fuji in the Shizuoka Prefecture. A lot of the zoo’s summertime attractions for families feature rides and exhibits with a safari theme.

The zoo’s location is very captivating due to the vast area it takes up (740,000 square meters). You might get uneasy around some animals, especially in the safari area where they are trying to get close to you or interact with you.

If bears were cute and non-harmful, who wouldn’t adore them? I’m grabbing the attention of everyone who loves bears as much as I do. The Polar Bear Pavilion, Sun Bear, and Himalayan Bear are all part of their Bear Department, which I was also able to visit.

The main exhibits at this zoo are polar bears and seal life. The lion pavilion and a snow leopard are two of the world’s most lethal creatures that I have seen in a zoo.

The Maruyama Zoo is located in Sapporo City, Japan, and is regarded as the oldest zoo in the Hokkaido region. As we all know, only about 200 animals were kept there when it was first established as a Municipal Park (Sakura Park) by the city’s then-ruler in 1904.

“The facility was clean and new, but the variety and number of animals was small. I took a bus from the subway, but I waited for a while because the number of buses was small.”

One of the biggest safaris in Japan, the safari is situated in the middle of the Oita Prefecture.

My day was spent successfully after making a wise decision to visit the animal park, including feeding the animals while watching them and a trip to the wild zone, where I could see animals interacting and hunting.

“Feeding experience on the bus It’s fun no matter how many times you do it.”

Known for its native Japanese species as well as its animal breeding, the Inokashira Park Zoo is situated in Musashino, Japan. Inokashira Park’s corner and the close-by Ghibli Museum.

One of the most thrilling experiences I had at this zoo was getting to pet and feed the smaller animals, like guinea pigs.

The Tsushima Leopard Cat, which is a globally endangered cat, is the main feature of this zoo that most impressed me. According to what I’ve learned, they are still trying to breed that kind of cat in a different way.

See also  10 Scary Haunted Spots In Japan That Will Creep You Out!

The zoo is in the Japanese city of Miyashiro. 1200 animals of 120 different species are present. The zoo was well-liked and is renowned for its red panda exhibit (Endangered animal)

Because the Tobu Zoo has an amusement park with rides and physical activities, it’s a great place for kids to play, discover, and learn all at once.

The Zoo offers various forms of entertainment that you can envision yourself enjoying, including feeding the elephants, petting small and adorable animals, and pony riding (Which I enjoyed the most)

The Animal Kingdom is situated in Nasu, Japan, and is known for its fun and interactive zoo to visit, which it still does to this day. The first attractions the visitors will find are giraffes and elephants, as these two species are one of the very few kinds you can see in the public 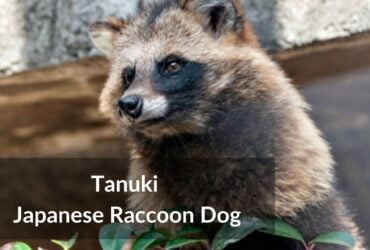 Wanna learn everything about Tanuki Japanese Raccoon Dog? Then make sure to ...