Does that sound kinda weird to you?

Hmm, it may be obvious when you are not Japanese!

But if you have ever been to our country, you may have seen many mouth-watering dishes made of raw eggs.

While it is quite unusual in other countries, eating raw eggs has become a daily habit of the Japanese.

Now, what do you think? Aren’t we afraid of food poisoning caused by salmonella bacteria?

Well, things are not like that. Actually, it’s completely safe!

But why are Japanese eggs safe to eat raw?

I know this question has just hit up your mind like a pop-up message.

Okay, then let’s know all the facts behind it.

Why Can You Eat Raw Eggs in Japan?

But don’t think that our stomachs evolve to fight against salmonella bacteria!

Actually, the Japanese eggs are salmonella-free!

Japan is the country to ensure that its consumers will not catch salmonella from eating raw eggs.

Lots of effort is put into keeping the chickens and eggs pure.

The Japanese have adopted a high-tech way of neutralizing salmonella before it gets to the consumer.

But how strict? Aren’t you curious to know that?

Important nutrients like Protein, potassium, vitamin A, vitamin D, vitamin B, DHA, omega 3 fatty acids, lutein, and solid iron can all be found in eggs. Cooking egg yolks reduces the amount of vitamins A, D, and B present in the egg by 20–30%.

This is why raw egg yolks are more nutrient-dense than cooked ones. This is one of the reasons why raw egg consumption is popular among Japanese people.

How Are Eggs Pasteurized & Packaged in Japan?

Egg farms in every prefecture in Japan follow a generational method to produce eggs.

To ensure the quality and safety of each farm and to keep the chickens free of contamination, a lot of rules and regulations are maintained.

See also  6 Types Of Noodles In Japan You Have To Try!

All eggs are from the same farm as their parents, grandparents, and great-grandparents. The reason behind this practice and precaution is that if an egg is contaminated, it can be traced back to the exact farm.

And the farms in each prefecture are constructed close to each other and near major roadways to control any disease easily in case of emergency.

Besides, a Japanese chicken farm is more modernized, and it is always strict on who can enter.

And when entering the chicken coop, every worker and farmer needs to change their dress and put on a particular uniform.

On top of that, additional precautions are taken to keep insects, wild birds, and animals out of the farm.

Highly nutritious food is given to the livestock chickens from the time they are chicks, which helps them produce better eggs enriched with vitamins.

After the hatching of the eggs, they are collected and off to be tested. Each egg is washed, sterilized, and checked individually for defects like blood, dirt, or cracks with a sophisticated machine.

Equalizing the egg’s position so that the yolk does not touch the shell, checking that there are no cracks or blood in the egg, and cleaning the eggshell from all types of dirt and bacteria— these are the work of this machine.

They go through this process multiple times for approval.

If any imperfections are found in any eggs, they dispose of them immediately.

Modern technology and machinery make it impossible for any egg to slip through. Not only does it check each egg physically, but it also scans them as well to check for any bacteria.

The eggs that do not satisfy the standard are not sold or sold with labeling that mentions they cannot be eaten raw.

In addition to all these strict processes, eggs in Japan are packaged, maintaining the standards of the Japan Poultry Association.

According to the standard, each egg producer should include an expiration date for flavor, not for consuming the egg.

Is Japanese Food Gluten Free? A Guide to Gluten-Free Diet

I guess now it is clear to you.

Now that you know the details about why Japanese raw eggs are safe, you might be curious about some of our delicious raw egg dishes.

Some traditional Japanese dishes include raw eggs, which are really delicious and savory. These dishes are not only a treat to your tummy but also to your body due to their high nutrient contents.

Here are some raw egg dishes you may try while in Japan.

Firstly, I will talk about the most popular raw egg dish in Japan that we usually eat in the morning.

Another name of this dish is TKG, where a raw egg is placed on hot rice and then eaten after seasoning it with Japanese soy sauce, shoyu.

This platter is so simple, but it will be quite extreme for you if you don’t like eating raw eggs.

Fresh raw eggs and soy sauce on top of freshly cooked udon noodles — This is kamatama udon for you.

The egg will be half-cooked by the heat of the noodles, which will give you an unspeakable rich flavor.

Sukiyaki is a traditional Japanese hotpot dish. Thinly sliced beef, leeks, shiitake mushrooms, and vegetables are simmered in a soy sauce based broth in a flat iron pan.

Then we dip the sukiyaki meat and veggies into a beaten egg before eating.

It lowers the temperature of the vegetables and meat so that your tongue or mouth doesn’t burn from the heat.

This is a rice bowl dish, which is topped with roasted beef, fresh raw egg yolk, and delicious sauce with grated radish.

This dish is a bit extreme, combining two raw ingredients. It is only found in yakiniku restaurants that have the authorization to serve raw meat in Japan.

I have nothing more to let you know.

By this time, you have known why Japanese eggs are safe to eat raw. I even included some raw egg dishes so that you can try them when visiting Japan.

It might feel a little bit strange to you but trust me, each of the dishes is worth trying.

Eggs in Japan are pasteurized and go through a very strict process from the very beginning to ensure that it doesn’t get contaminated. In Japan, eggs are specially checked to make sure that they can be consumed raw.

Why do Japanese eggs not have salmonella?

Japan has developed a procedure that helps limit the possibility of any eggs contaminated with salmonella. There’s a machine that helps identify any contamination in the egg. It uses spectroscopic analysis to analyse the inside of the egg to make sure there are no bloodspots. Additionally, the machine dries, bundles, and cleans the eggs without cracking their shells, making them fit for human consumption.

How common is salmonella in Japanese eggs?

It’s very rare that Japanese eggs are contaminated with salmonella. This is because there’s a stringent process of egg inspection in Japan.

Are Japanese eggs safer than American?

When you compare Japanese eggs vs American eggs , Japanese raw eggs are much safer to eat and wont cause any food poisoning.

On the other hand, Japan has adopted a high-tech way of neutralizing salmonella before it gets to the consumer. The farmers and workers always maintain strict procedures in producing, washing, and selecting eggs. In addition, Japanese poultry is also vaccinated as well, making Japanese eggs safer than American ones.

Why are Japanese egg yolks so orange?

There are two reasons. One is the hen’s diet. In Japan, the chickens are given a higher percentage of materials that are high in carotenoids or carotene. And this can be anything from yellow flower petals to carrot powder or other industrially produced chemicals. In some cases, it can also result from free-range hens eating natural foods high in those chemicals.

Why do eggs in Japan taste better?

Yes, eggs in Japan taste better but it is not applicable for all types of eggs in Japan. Some particular group of Japanese farms has developed eggs that taste and smell like the delicious citrus fruit, yuzu. It is done naturally by giving the chickens fodder that contains the peel of that citrus fruit. 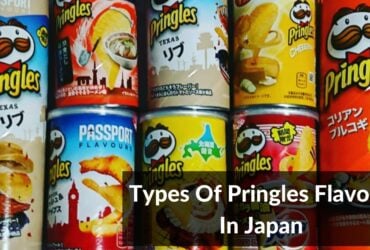