Wondering what is Geta and types of Geta? Find out all about it in this article, including the types of geta, how it works, and its benefits.

If you have been to Japan or have seen or read about the Japanese and their culture, you would have definitely seen the Japanese people wearing a very unique type of footwear, especially when dressed in their traditional attire.

Ever wondered what they are called? Well, the footwear you see is called “Geta” and is made from wood. Wait, wood, on the feet? Yes, you read that right!

I’m sure there are many of you out there who have many unanswered questions about these unique sandals. Why were they so popular in Japan? How do the Japanese wear them? Are they comfortable? Are there different types?

Well, this article will let you in on everything you need to know about geta footwear. So if you are someone who is interested in getting culturally involved with other cultures, here’s your chance as this is the perfect read for you.

Let’s get right into it then!

What Exactly Is Geta?

Geta are the traditional footwear of the Japanese and they very often look like flip-flop sandals. They are traditionally made from wood, as its base and fabric thongs hold the foot on the wooden base.

This footwear is often used by the Japanese when they wear their traditional attire called “Yukata”.

Geta And Zori: What’s The Difference?

The geta sandals are not to be confused with “Zori” sandals, even though they are similar. Here’s the difference.

Another difference is that geta footwear have teeth, while zori footwear are mostly flat-bottomed.

The Structure Of Geta Sandals

Let me get into a few details here about the structure of this unique footwear. The geta, as you know, is made from wood and that is where the footrests. This part is called the “dai”(or the body) of the sandal.

On the dai, you will find 3 holes called the “mae-ana” (or the front hole), which is small in size and two slightly bigger equi-sized holes at the back of the dai, called “ato-ana” (or back hole). These three holes are made to fit or fix the cloth thong or strap, which is called the “hanao”.

Attached to the base of the wooden dai, you have the “ha” (or the teeth), which optionally have a rubber sole underneath them.

There are different types of traditional geta (in addition to other types), those with one single tooth (called “tengu geta”, some with two teeth and some with three teeth below the dai. The teeth are attached to the dai in order to keep the feet off the ground.

The History Of Geta

The history of geta dates really way back into time, to the Yayoi period, between 300 B.C.E – 300 C.E. Back then, it was called as the “Ta-Geta” and this is because they were shoes designed to be used in the rice fields to make it easy for people to work.

During those days, the ta-geta was made a little different as compared to the present-day geta. They did not have the ha and hanao. Their geta was made with straw and not fabric.

Another variation of the geta was worn by the fishermen folk during that time, where their geta had spikes below the dai, to help them hunt their fish.

Slowly during the Heian period in 794 C.E., the geta became rarely used and were replaced by sandals made completely from straw.

Later, in 1603 C.E., the geta sandals again gained popularity during the Edo period and faced a revival. That’s when people began to see the geta as a sense of fashion, while they also used it for the purpose of work.

Why Is Geta Worn?

In Japanese households, most often, footwear is left outside the house. Therefore, one of the main reasons geta was worn was to prevent a person’s feet from becoming dirty, while they entered their homes.

The teeth or the heel of the geta sandals were made to lift the wearer’s foot off the ground so that the feet of the person wouldn’t get dirty, especially when it rained.

These shoes could be worn during any season, except for when the snowfall was too heavy because the teeth of the geta would get stuck in the fallen snow collected on the ground.

Most people also wore these sandals with “tabi” (or traditional Japanese cloth socks, which have a separation for the big toe).

When they would enter their homes, the geta would be removed and the tabi would be worn directly around the house.

Thus, the geta acted as protection from dirt not just for the feet, but also to be able to keep the tabi clean.

The Different Types Of Geta

Warazori: These are a modern type of geta footwear that are made from straw and are shaped like flip-flop sandals.

Zori: As explained above, these are traditional geta sandals that are made from different types of raw materials including wood and are worn with the traditional kimono to formal gatherings.

Yama-geta: These are geta that are called “geta of the mountains” because they are made from cedar wood.

Hiyori geta: These geta are those that are worn for daily use. Their base is rectangular in shape and has two wooden teeth. The modern-day Hiyori geta most often do not even have teeth.

Taka-ashida geta: This type of geta is also called “tall-geta” because of the length of their teeth.

Most often these geta sandals are worn in the rainy season so the feet do not get wet and the tabi doesn’t get soaked with water. These geta sandals have very tall and thin teeth for this purpose.

Tengu-geta: This type of geta sandal have only one tooth and are worn most often during festivals when draped in costumes or during dances and other performances.

They are relatively difficult to walk with because they have only one single tooth and will take some practice before you get comfortable walking in them.

Pokkuri-geta: These geta are also called as “Okobo” and have a large base as they are made using a single piece of wood, but is hollow inside and contain a bell that makes a sound when the person walks.

How do I choose the right size geta for my feet?

How hard is it to choose footwear right? If you know the size of your foot, you can just ask the shopkeeper for that size. So won’t it work the same way while you buy this geta footwear too? Well, it doesn’t!

See also  What Is Japan Like For An Overweight Tourist?

If you carefully observe people who wear geta, you will notice that their feet slightly stick out from their geta at the back and this is not because they have bought the wrong size.

This is because it is the right way to wear geta, to help them balance themselves, placing the “teeth” at the center of their feet.

Therefore, choosing a size or two smaller than your actual foot size would be ideal, while buying geta footwear.

Is wearing geta a healthy practice for your feet and back?

If you are a foreigner, then I’m sure there are many of you who might be wondering whether wearing wooden footwear, with a raised heel in the center wouldn’t be the most comfortable item for your feet and body posture.

Well, let’s clear the air here on this one. Geta footwear is open and allows the foot breathing space and free movement without any restrictions.

As history goes, wearing geta is known to help maintain body posture whenever you stand or walk and this is because of the unique structure of the geta footwear.

Thus, it can help improve body balance and strengthen the muscles of the feet and legs. It is also known to stimulate certain acupuncture points on the feet.

Well, while in the present day, most Japanese people are often seen wearing more westernized and other types of footwear and are rarely seen wearing geta (other than when they wear their traditional Japanese attire).

But the sumo wrestlers in Japan are still seen wearing geta sandals.

Are geta sandals easy to walk in?

While those who are wearing geta footwear for the very first time may find it hard to walk in them, it just takes a matter of time to get used to walking with them on.

They are designed in such a way that they need to be tipped slightly forward while walking, especially when climbing down stairs.

Well, I’m pretty sure that this article would have been quite intriguing to many of you because of the history and uniqueness of these traditional Japanese sandals – geta.

If you are in Japan or making a trip there soon, make sure to lay your hands on a pair of geta sandals, dress in the traditional attire and walk around in style, just like the Japanese do and I’m sure you’ll really love the experience! 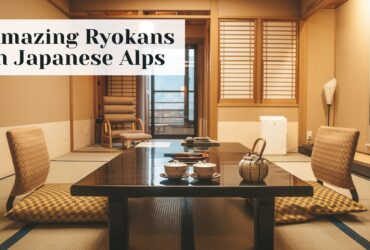 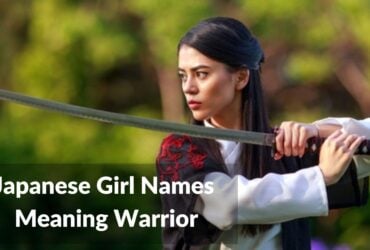