Here are the different types of noodles in Japan you can try! Check it out!

The country Japan has been a fairy tale dream of mine since I was a little girl and one main interest I had about Japan was the food. Well, visiting Japan seems a little far-fetched for now but thank the stars for the availability of Japanese restaurants in our local region.

While it may be common knowledge that rice is Japan’s most consumed staple food, noodles also play a huge role in the country’s food culture.

As a matter of fact, the art of making noodles has been practiced for over a thousand years in Japan.

Japan has an eclectic variety of noodles ranging from the type of noodles and how it’s prepared and served.

Among the large selection of Japanese noodles available, a few that I tried and thoroughly enjoyed are Ramen, Udon, Soba, Yakisoba, Somen, Hiyamugi, Shirataki and Harusame. Let me go ahead and briefly describe a few of these beauties.

Types Of Noodles In Japan

Ramen is a classic Japanese noodles dish known worldwide, which I’m pretty certain most of you all are aware of. I’d heard about ramen long before trying it for the first time and man did I fall in love with it when I actually did try it.

Ramen is served with a soup prepared using the meat stock of pork or chicken mixed with a few other ingredients like dried baby sardines, kelp, shiitake, onions, pork and beef bones and tuna flakes.

It’s also served with various toppings. The noodles used to prepare ramen are relatively thin and most times curly or wavy, making it a good balance to absorb all flavor from the broth.

From what I ate and learnt, the variations of ramen has increased over the years and multiplied into several different flavors, although the 3 oldest and most common types of ramen flavors are; Shoyu ramen, which is a basic ramen soup made with meat stock and plenty soy sauce, topped with toppings of choice.

Although it’s quite basic, this ramen bursts with flavor and is a true delight to the taste buds.

The second one is Shio ramen. Shio ramen is a very simple ramen made using only salt and broth. This ramen has a light yellowish color and is prepared with straight noodles.

Its simple combination of spices is soft on the tongue yet rather enjoyable. I’d say the Shio ramen is a safe bet for those with a choosy palette.

The last and final type of noodles is miso ramen, miso ramen is popularly known in international regions as well, this is a unique ramen which is prepared using a blend of miso, oily chicken or fish broth creating a nutty, rich and seemingly sweet soup.

Miso ramen stands out with a touch of a tangy flavor giving room for a wider range of toppings: white pepper, chili and chopped garlic, butter and corn, leeks, onions, ground pork, bean sprouts, cabbage and sesame seeds are some commonly used toppings.

Personally, miso wins the ramen round, the richness of the broth and thick slightly chewy noodles really overtakes the others.

Udon is one of the two most famous noodle types in Japan.

However, they aren’t impossible to find, the udon noodles I bought were from the Japanese store in the neighborhood.

I had prepared the noodle dish with other authentic Japanese ingredients bought from the same store, I served it with a chicken broth topped with a sprinkle of chopped green onions.

The mix of flavors along with the chewy texture of noodles created a delightful combination, it’s a definite must try for all noodle lovers.

The Udon noodle sizes and shapes may vary, but a common feature in all noodles is they’re thick form.

Udon noodles are often served with a variety of broths and toppings, although sometimes it’s served with a simple clear broth, a sprinkle of green onions and a slice of kamaboko.

These noodles can also be served chilled and are surprisingly delicious when dipped in sauces, with a cold broth or as a salad, especially during the scorching summers.

While Udon is one of the two most famous noodles from Japan, Soba is what equals udon with its fame. Both these noodle types are equally loved.

One thing I realized while eating the soba noodles was the contrast between the soba and the Udon noodles.

The soba noodles are slightly thinner than the udon noodles and more like the shape of spaghetti, however, both of these noodle types have almost the same applications and can be interchangeable in some situations, although this may cause the end result to be slightly different in taste and texture.

Soba noodles have a lot of health benefits too. It is the only gluten-free Japanese noodle, which is great for those of you who are gluten sensitive.

Studies show that these noodles are also high in protein, decrease heart disease and stroke risks, are better for blood sugar and are also macrobiotic, meaning they support agriculture, local farming and even mental well-being.

If you are a physical and mental health-conscious noodle lover, you’ve just found your match.

The role Soba noodles plays in supporting the environment is what drew my attention to it. I love that something as simple as a noodle type helps in the act of bettering the eco world.

Apart from the name, this noodle dish has no similarities to the soba noodles.

Yakisoba directly translates to ‘fried noodle’. This is a stir fry noodle dish which was first introduced during the 1930s in Japanese street food stalls.

Yakisoba noodles have a simple process of preparation and are an absolute treat to the taste buds.

I then mixed together yakisoba sauce, salt and pepper and served with a variety of garnishes like shredded pickles, fish flakes, seaweed or Japanese style mayonnaise. This noodle dish is packed with flavor and is widely known to be a street food in Japan.

Somen noodles first originated in Japan, it’s made with wheat flour and has a mild, delicate taste and texture. The noodles look very similar to vermicelli noodles and they are extremely thin and almost transparently so.

My interest for somen noodles grew when I saw it on plenty Japanese anime shows where they had washed down these noodles on flowing water through a bamboo chute and the diner had to pluck the noodles out with his chopsticks before it passed, this way of serving is called nagashi somen.

Fortunate for me this method of serving is available in a Japanese restaurant I found downtown, the flavor of somen is fleeting and nice, yet the method of eating alone is a whole new experience, it made me feel euphoric, being able to recreate something out of my favorite anime has got to be one of my best memories of all time.

Another way of serving somen noodles, that I prepare at home, is by adding the noodles to an umami rich broth made with a simmering Japanese kelp called ponzu which I mix with dried bonito flakes.

On some occasions I top this noodle dish with a poached egg or grilled chicken, beef, shrimp or ham and slices of green onion for the punch of flavor.

Shirataki literally means ‘white waterfall’ in Japanese, this noodle type is named after its clear translucent visual appearance. Shirataki is made using the underground stem of Konjac yam, this yams corm is rich with glucomannan.

But to my surprise the noodles blended perfectly well with the added flavors and spices I used to prepare it, and turned out to be extremely delish.

This process distinguishes the subtle bitterness usually present in the noodles. I pair it with soup stock, sauce or noodle soup which resulted to be quite flavourful.

I also use shirataki to make sukiyaki, nikujaga and other stewed noodle dishes.

These noodles are also known as miracle noodles, devils tongue noodles, konjac noodles and ito konnyaku, ito konnyaku is a shirataki noodle form which is thicker than the general noodle, it has a square cross section and darker color.

These were the most popular types of noodles you’ll come across in Japan. Now you can order your favorite type of noodles in Japan or maybe even enjoy all of them! 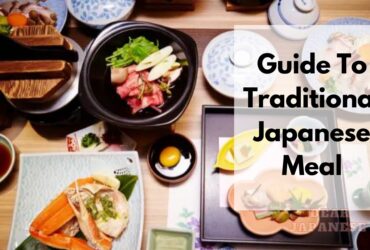 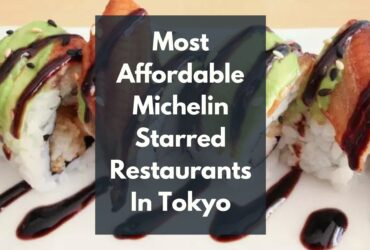 We curated a list of the best Cheap Michelin Starred Restaurants in ... 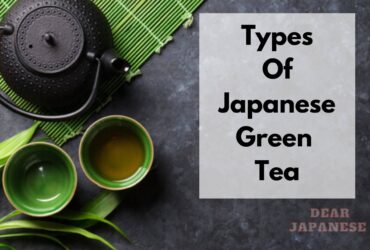 10 Types Of Japanese Green Tea You SHould Know!

Here are the types of Japanese green tea you should know about ...