Wanna learn everything about Tanuki Japanese Raccoon Dog? Then make sure to read further below!

Do you have a list of cute animals that you’d like to catch sight of? Then make sure to add the Japanese raccoon dog aka Tanuki to the list because this furry animal has all our hearts melting.

I’ve thoroughly evaluated everything you need to know about this fuzzball starting from its origin, how significant it is in Japan, the role it plays in Japanese mainstream and subcultures, and some mindblowing facts about this adorable critter.

I might have to put up a cute disclaimer warning because these munchkins are extremely charming and you might wanna immediately pick them up after seeing them. With that being said, let’s get started.

The Origin And Appearance Of Tanuki The Japanese Raccoon Dog

Tanuki has similar physical attributes to the regular raccoon dog which is another species of dog that’s prominent in East Asia.

The tanuki is small and weighs approximately between 5 kg to 10 kg. Its length can also reach up to 65 cm and is often mistaken to be a raccoon.

Unlike the common raccoon dog, the tanuki has little fur and a slimmer stomach. Its fur is prominently brown with a hint of black hither and thither and it has black spots around its eyes which is similar to that of the red panda.

Although rare, there are Japanese raccoon dogs that can also have white fur.

I would love to see a Japanese raccoon dog with white fur but since it’s rare it’s unlikely I might witness one in my lifetime.

It’s crucial that I have to evaluate the lifestyle of Tanuki so that we can unearth the mysteries of their lives. Most studies suggest that Japanese raccoon dogs are nocturnal which means they’re only active during the night.

However, there have been pieces of evidence suggesting that some Tanuki are even active during the day times.

Despite all Japanese raccoon dogs being classified as carnivore animals, they can be omnivores from time to time.

They love to prey on rodents, lizards, frogs, and any kind of bird that doesn’t put up a fight with them. Even venomous toads don’t frighten tanuki because they produce saliva profusely that helps them digest the poison.

Tanuki groans like cats and even uses its claws to climb trees. Although they’re wild animals they aren’t known to be aggressive and they evade fights with other animals by exposing their bellies in submission or prefer to run away from their opponents.

They have a lifespan of up to 11 to 13 years and their incubation period can last up to 9 weeks. A wholesome fact I learned about male tanuki is that they look after their mate during gestation and even provide for their pups with food.

Check out the Youtube video to learn more about Tanuki.

The Tanuki And Mujina Dilemma

The most popular Japanese term used to refer to Japanese raccoon dogs is ‘Tanuki’ and the kanji character that symbolizes the creature is 狸.

Even ancient Japanese folklore consists of stories and proverbs that address the Japanese raccoon dog as tanuki.

However, tanuki can have a distinct meaning among some regional dialects in Japan. Tanuki can also be regarded as a name for Japanese badgers that look superficially identical to raccoon dogs.

There’s also an alternative Japanese term for tanuki which is ‘Mujina’. Even in the English language, due to mistranslation, the term tanuki is translated either to Japanese badger or raccoon dog.

Moreover, the names used to refer to both animals can differ from region to region in Japan. For instance, people in Tokyo refer to raccoon dogs as tanuki while some remote areas in Japan use the word Mujina for raccoon dogs or Japanese badgers.

This shouldn’t be a problem as long as you know the difference between raccoon dogs and badgers. I’d also like to point out that most Japanese people use the word tanuki for raccoon dogs hence it’s best we follow suit.

These enchanting creatures possess great significance in early Japanese stories which makes them even more likable to me.

See also  Are There Pandas in Japan? Find The Details

Tanukis in Japanese mythology are portrayed as chubby critters with cute large eyes, and round bellies while keeping a sake bottle and wearing a straw hat.

Some ancient Japanese paintings also depict Japanese raccoon dogs to have bushy tails that go around disturbing the peace of ordinary humans.

They’re infamous for being regular shapeshifters and love tricking humans for fun. They usually shapeshift into humans and sing to entertain one another.

However, not all legendary tanuki are gullible and playful. Some Japanese raccoon dogs in Japanese mythologies are supernatural creatures and thus are Yokai.

Yokai is a class of supernatural creatures in Japanese folklore and the type of tanuki that’s considered paranormal in Japanese culture is known as ‘Bake-danuki’. Unlike the cheerful tanuki, the Bake-danuki is bizarre and can even be looked upon as deadly creatures.

They’re not just capable of shapeshifting into humans but are also reputed to have abilities to possess human beings with their mystical powers.

Despite their mischievous demeanor, numerous Japanese people today look up to the mythical tanuki as bringers of good luck.

The priority of tanuki doesn’t end with ancient Japanese cultures. The prominence of tanuki in some of the present Japanese subcultures is also noteworthy.

Today if you were to travel to Japan and stop by a restaurant or a family-owned business you’ll most probably see a statue that has a great resemblance to the Japanese raccoon dog.

Tanuki statues are often placed at the entrance of a building since Japanese people strongly believe that these adorable creatures are associated with good luck.

That’s why some boutiques or restaurants like having their statues in their building as they assume they’ll draw in more customers.

In addition, the Japanese raccoon dogs are even portrayed in anime series in which they’re depicted to be small wholesome creatures.

Tanukis are even an inspiration to anime geeks who love to cosplay themselves as brown-furred animal.

This suit is designed to look similar to the appearance of a tanuki. The character who acquires the suit will possess the ability to fly and become a powerful character.

Here I’ve brought you some intriguing and wholesome facts about the tanuki that’ll make you fall in love with these cuties even more.

Certain studies suggest that the earliest tanuki was born over 11,000 years ago.

Japanese raccoon dogs are monogamous – Yes, both male and female tanuki devote their lives to their partners and remain loyal to them till death.

Male tanuki are also known to take care of their pregnant partners by bringing them food and also babysit their pups during the first few months after birth. Just when I thought this can’t get any more adorable.

Tanuki Hibernate During Winter – These critters are the only canines that hibernate during winter. And they don’t do this alone, they snuggle with their partners and only aestivate once warmer months emerge.

Before they hibernate, they’ll forage as much as they can to increase their weight in order to keep themselves warm during hibernation.

Tanuki Are Bred For Fur – A miserable fact about these creatures is that they’re captively bred for fur that’s used to make garments.

Although this isn’t a fact many people are familiar with, it’s the sad truth that comes with being a furry critter.

What are tanukis known for?

Tanuki is the Japanese term for the Japanese raccoon dog which are endemic creatures in Japan that strongly resemble a raccoon and a dog.

Tanukis are a popular figure in ancient Japanese mythology that are known to be mischievous creatures. It was believed they can shapeshift into humans and sing to prank the people around them.

How long do tanuki live for?

Tanuki is a species of the mainland raccoon dog family that is prominent across Japan. Most tanukis reportedly live for up to 11 to 13 years and they have a gestation period of almost 9 weeks.

What powers do tanuki have?

Ancient Japanese folklore portrays tanuki as mischievous creatures that are referred to as bake-danuki. They’re supernatural creatures that can shapeshift into humans and trick people.

Bake-danukis are believed to have shapeshifted into beautiful women to entice people who pass by and they also like to sing to annoy people.

Do tanuki only live in Japan?

Tanuki or Japanese raccoon dog is a species from the carnivore dog lineage that is endemic to Japan. They are mostly brown in color with a few shades of black fur and are renowned to have similar characteristics to a raccoon and a dog.

Tanukis in Japan have black spots around their eyes which distinguish them from the common raccoon dog. 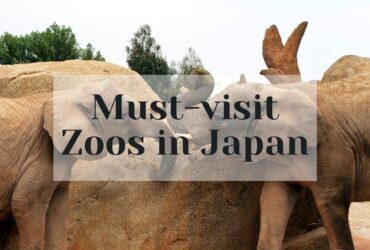 I’ve put together a list of the top 6 incredible zoos in ... 13 Most Popular Dog Breeds in Japan

When Japan is well-known for the world’s finest sushi, gorgeous cherry blossoms, ... When thinking about a panda, which picture can you visualize the most? ...