Want to know the origin and meaning of Hinode? Well, check out the blog below to find out more about the meaning and origin of Hinode.

Japanese words are quite easy to pronounce and are soothing to hear. Yet they have some of the most complicated meanings that non-Japanese people like us deem tough to comprehend.

One such Japanese word that I’ll be discussing today is “Hinode” as I’ll be breaking down its meaning and learning more about the origin of the word.

I’m pretty sure most of you have come across the word Hinode in cosmetic products or perfume bottles and you might have instantly thought that it’s a Japanese word.

Well, you’re right about that but do you know what it means? If you’re here to learn the meaning of the word Hinode then fret not because I’ve brought you everything you need to know about Hinode. So hang on and read along!

Origin And Meaning Of Hinode

Origin Of The Word Hinode

This means Hinode can be used as a name for a boy or a girl. However, it’s a unique name that’s rarely used in Japan for babies and many Japanese people don’t seem to see the significance of such a name to be kept for a baby.

The word Hinode can be written in different Japanese or Chinese characters and each character is likely to have a different meaning because they’re ideograms.

Therefore, the ultimate meaning of the name can alter depending on what characters are conjoined to form the word Hinode.

To make it convenient to understand and distinguish between the Japanese characters I’ve formed a table below with different Japanese ideograms like kanji, hiragana, and katana characters.

See also  What is Genkan?

There are several other variations of the word Hinode which can be written in kanji letters such as 日乃出 or 日之出.

Although these Japanese words might consist of different kanji characters, either way, both words are pronounced as ‘Hinode’ in Japanese.

Similarly, even the Hiragana and Katakana letters that form the word Hinode are pronounced the same as well.

As I mentioned briefly above, the Japanese word Hinode can be translated to dawn or sunrise in the English language.

The original kanji letters that are used to form the word Hinode in Japanese are 日の出. A fun fact about these letters is, they’re ideograms and each letter has its own meaning.

When ultimately put together and translated into the English language, the kanji characters mean ‘Day of the beginning’ which essentially ties in with the initial translation ‘sunrise’.

Furthermore, the first kanji letter in the word Hinode is 日 is the Japanese ideogram for sun or day thus giving significance to the meaning of the word.

Moreover, the kanji ideogram 日 ‘Hi’ also symbolizes a range of other meanings such as the first day, the rising sun, the beginning of a new year, prosperity, auspicious, etc.

Notice how Hinode can even mean rising sun which is what Japan is alternatively known as; The land of the rising sun.

Even the first Hiragana letter that forms the word Hinode ひ means ‘fire’ in English which can be considered an innuendo for the sun.

How To Pronounce Hinode (日の出)

Despite the word starting with an ‘H’, it’s not pronounced as it is written. For the record, it’s pronounced as ‘KEY-NO-DEH’ and not ‘HE-NO-DE’.

Even I’ve had a couple of instances of mispronouncing the word Hinode and I was corrected by my Japanese friend who told me that the ‘H’ should be pronounced with a slight nuance of ‘K’.

However, ensure not to place an overemphasis on ‘K’ when pronouncing it as it only should be taken lightly.

In addition, always be cognizant of how Hinode must be pronounced because trust me, you don’t want to endure the fiddly circumstances that I did.

Popularity Of Hinode In Japan

Hinode is a unisex word that can be used as a name for kids. However, among the vast miscellany of names in Japanese traditions, Hinode is a name that’s often overlooked.

Not many people are cognizant of this but some Japanese people do prefer to name their kids with names that have ordinary meanings.

The unpopularity of Hinode as a name might also have something to do with the meaning of the word.

If you recall, Hinode means ‘sunrise’ or ‘the beginning of the day’ which per se is a profound meaning that may not be ideal for someone to be having a name with such meaning.

However, there are few instances in Japan or outside Japan where the word Hinode has made it to the spotlight. Let’s take a look at those instances below.

How To Use Hinode In A Sentence?

By learning how to incorporate a word in sentences is one of the best ways to improve your vocabulary in the Japanese language.

Therefore, let’s make a couple of sentences to have a brief understanding of how the word Hinode can be used in our day-to-day life.

These are some of the few and ideal circumstances when you can opt to use the word Hinode in any sentence. Since you are already aware of the meaning of Hinode you can effortlessly use the word in a sentence and it isn’t complicated as it may seem to be.

It took me a few days to adjust to the right pronunciation of Hinode but with frequent usage, you can master the pronunciation without a hassle.

So that’s it about the Japanese word Hinode guys. I hope you liked everything I’ve assessed about the meaning and origin of Hinode and hopefully, you found a new Japanese word to add to your vocabulary.

What is Hinode in Japan?

Hinode is a Japanese term that means sunrise and it’s a unisex word hence can be used to name kids of either gender.

However, Hinode isn’t a popular name for babies in Japan but rather a renowned term in the country. The Japanese Aerospace Exploration Agency launched a satellite named ‘Hinode’ into space and there’s also a town in Tokyo named Hinode. 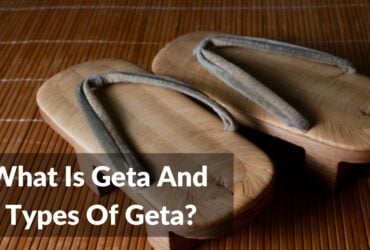 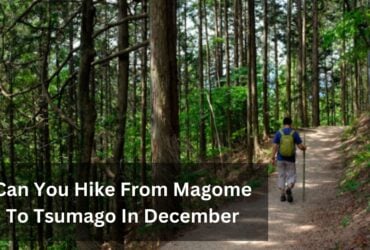