Kit Kats in Japan are a delicacy and no matter where you’re in Japan, you’ll definitely come across Kit Kat bars in distinct flavors.

Nestle Japan has introduced countless limited edition Kit Kat flavors that suit the taste buds of the Japanese people. And one such flavor is the Milk Tea Kit Kat.

Tea is big in Asia, and milk tea certainly has to be one of the treasured beverages in Japan. Being an avid milk tea drinker, the Milk Tea Kit Kat caught my attention hence I had to gobble them to analyze what they taste like.

If you’re intrigued to know more about Milk Tea Kit Kat, check out my honest review below!

How Is Milk Tea Made In Japan?

Prior to knowing how the Milk Tea Kit Kat tastes, let’s find out how milk tea is made in Japan just so we can figure out its flavor and if the flavor has been successfully duplicated by Nestle Japan.

Not everyone is familiar with the taste of milk tea and milk tea is quite a versatile beverage as it can be made distinctly to suit one’s palate.

Since milk tea is the most common beverage in Asia, it’s made in a variety of methods in several cultures.

In Japanese culture, milk tea is made by adding tea leaves to hot milk as they dissolve and produce a caramel brown color.

Sugar is a mandatory ingredient in milk tea and it’s added according to one’s preference. Milk teas in Japan are generally enjoyed hot and are served at special events.

This made customers perceive that this specific Kit Kat flavor was manufactured by keeping the flavors of British tea in mind.

However, the label was later altered to ‘Milk Tea Kit Kat’ just to break off the association with English tea.

As I mentioned above, milk tea is also one of the staple beverages in Japan and at least half of the Japanese population is addicted to it.

When in Japan, I came across countless vending machines that offer both hot and cold milk tea in bottles.

The adoration the Japanese people have towards milk tea in fact inspired Nestle Japan and this allowed the conglomerate to experiment with an innovative flavor for Kit Kat which was undoubtedly milk tea.

Nestle Japan certainly had a pristine business strategy when it decided to launch a milk tea-flavored Kit Kat in Japan.

Needless to say, the Milk Tea Kit Kat prospered in the market as it should because Japanese customers were overjoyed with its flavor.

Of course, compliments are a must for Nestle Japan which successfully recreated the milk tea flavor in Kit Kat to boost sales.

Now the packaging of the Milk Tea Kit Kat is the most intricate aspect of this chocolate bar. I came across Milk Tea Kit Kats in Japan that were packed in a red tartan bag featuring a tea jug with a milk tea cup.

The color of the Milk Tea Kit Kat bag seemed to alter every single time as there were also purple, blue, and even green tartan bags available in Japanese convenience stores.

In some instances, it’s also a possibility to witness an assortment of colored mini Milk Tea Kit Kat packs in a single bag as well.

As someone who drinks milk tea regularly, I was eager to try the Milk Tea Kit Kat. After sipping bottled milk tea in Japan I noticed that they were quite too sweet and tart, hence I was prepared for a burst of sweetness in my mouth when attempting to bite into the Milk Tea Kit Kat for the first time.

Boy wasn’t I disappointed because the Milk Tea Kit Kat bars tasted just how I expected them to taste like.

The Kit Kat fingers were doused in milk tea-flavored chocolate with the iconic wafer layers in between which helped to balance out the sweetness. It gets overwhelming to eat more than 2 bars in a go.

The color of the Milk Tea Kit Kat bars was however just white and didn’t do justice to the signature caramel brown hue of the milk tea.

The fragrance of the bars was floral and was similar to the scent of earl gray tea leaves. On the other hand, the texture of the Milk Tea Kit Kat wasn’t any different from most Kit Kat bars.

It was crunchy and also had a dense milk tea-flavored outer layer. If you love milk tea then you’ll certainly love Milk Tea Kit Kat.

The milk tea chocolate layer in the Kit Kat bars is made with whole milk powder, sugar, cocoa butter, cocoa powder, powdered tea extract, and vegetable fat while the wafer layers in between are made with the rest of the ingredients like wheat flour.

The powdered tea extract in the Milk Tea Kit Kat bars had a nuanced earl gray tea fragrance and the flavor was similar to the tastes of Chinese Earl Gray Tea as well as Thai Milk Tea.

However, I felt the need to research and find out what type of powdered black tea was incorporated in the Japanese Milk Tea Kit Kat and my research proved it to be earl gray black tea.

Despite, earl gray tea not being the most popular type of tea in Japan, it’s the tea flavor most tea drinkers are aware of due to its citrusy piquant.

This is the initial question I had in my mind before I indulged in the chunky fingers of the Milk Tea Kit Kat.

Albeit I was enthusiastic to nibble on the Milk Tea Kit Kat, I was also skeptical on the other hand because I didn’t want to be let down if the Kit Kat bars didn’t taste anything like milk tea.

However, keeping all presumptions aside I ultimately gave the Milk Tea Kit Kat a chance and was surprised by how accurate the milk tea flavor was in the chocolate bar.

See also  10 Types Of Japanese Green Tea You SHould Know!

It was too accurate that I was even able to pinpoint which kind of tea was incorporated into the recipe.

Yet the sweet and cloying outer layer which mainly consisted of the milk tea flavor just diminishes the crucial taste of the Kit Kat.

Any more than 2 bars of the Milk Tea Kit Kat can spike your blood sugar levels because this stuff is overly sweet.

If you decide to have a Milk Tea Kit Kat bar with your cup of milk tea then allow me to stop you right there because when I attempted this combo I couldn’t even finish my milk tea.

This is because the treacly taste of the Milk Tea Kit Kat was overpowering and it just doesn’t seem to be the perfect snack for tea time except if you’re having black tea or matcha.

Is It Worth Trying Milk Tea Kit Kat?

The Milk Tea Kit Kat is one of the hundreds of regional and seasonal limited edition flavors that were introduced in Japan.

Since it’s one of the limited edition flavors in Japan, the price of the Milk Tea Kit Kat is expensive and it gets substantially high if you prefer to purchase these Kit Kat bars from e-commerce websites like Amazon (mind you a bag of 11 mini Milk Kit Kat bars cost nearly $18.)

If you ask me if it’s worth spending $18 for just 11 mini Kit Kats, I’d say by no means. This is because there are few other places like Asian grocery stores where you can get these for a reasonable value. Furthermore, Milk Tea Kit Kats don’t cost any more than $10 in Japan.

However, if you’re a tea or Kit Kat connoisseur and you happen to find any Asian grocery stores in your proximity then Amazon is your last resort to get the Milk Tea Kit Kat bars.

The flavor of the Milk Tea Kit Kat does stand out and can satiate an avid tea lover thus making it a treat worth salivating for. 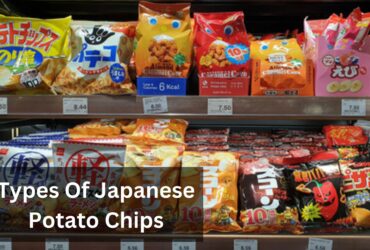