Japan is more than just a place to appreciate nature or traditional culture. Japan is a popular Buddhist pilgrimage destination accompanied by incredible temples and breathtaking surroundings. These Buddha statues have religious, cultural, and local significance.

A journey to Japan isn’t complete unless you visit at least one temple, known as. Daibutsu, or “Butsuzo,” is a hallmark of stately Buddhist temples.

There are around 75,000 temples in Japan, so you can witness a range of Buddha sculptures ranging in size from little to giant.

If you visit Japan, you must see these famous Buddha statues. They are well worth seeing.

These sculptures are a great way to learn more about Japanese religion, history, and art.

These massive, enormous statues seem like they are telling something about their existence, talking to us. Here is a list of self-experienced Buddha statues in prominent temples and gardens throughout Japan dating back to Japanese history.

It is one of the “Three Greatest  Daibutsus” of Japan. This  National Treasure statue is known to be one of UNESCO’s World Heritage Sites.

The statue was made around 1252 and was originally housed in a large temple hall.

It’s a power of divinity that several typhoons and a tidal surge can destroy temple buildings. So, since 1495, the Buddha has been standing in the open air.

This allows people to see it from a variety of perspectives. The Daibutsu is so magnificent that many visitors come to Kotoku-in merely to see it.

Ushiku Daibutsu contains up to 3,300 golden buddha sculptures. People can buy a statue to serve as a grave and pray to it every morning and evening.

It was spellbinding to see the spring season in Ushiku Daibutsu Buddha in April.

It is surrounded by a splendid garden filled with seasonal flowers, cherry blossoms, and poppies.

It’s worth strolling through the garden. It’s stunning!

It was conceived in 1790 by the 11th head priest of Kinpouzan Shh vihara, Ichyuu, to avert severe earthquakes and calamities.

It was constructed using a technique that used ginkgo tree wood as a base, followed by a framework composed of bamboo and clay. For this painting, Buddhist scriptures were mixed into clay to create a paper-mache effect.

While this Buddha isn’t as enormous as some of the others in Japan, the fact that it was built on a paper mache base set it apart. Paper Buddha!

And It was a good break because it was not as packed as the others.

This fantastic opportunity to view the entire collection of clay monks that participated in this effort is fascinating.

It brings me joy to see antique techniques and sculptures in the present period.

The Hill of Buddha is a must-see attraction in Japan. The Hill of the Buddha is a Buddhist temple created by Japanese modernist architect Tadao Ando at the Makomanai Takino Cemetery in Sapporo, Japan.

The temple contains a 13.5 m (44 ft) tall statue of the Buddha surrounded by an artificial hill rotunda filled with 150,000 lavender plants.

The ambiance of this place is so peaceful and beautiful that one can let go of all their worries. It was an unforgettable experience for me.

Summer is the prime time to visit the site if you want to see the unique landscape created by the contrast between purple lavenders and the impressive statue.

The entire statue can be seen through a sacred gateway at the bottom of the statue!

Nara Daibusui is a Japanese temple complex in Nara. The temple was established in 738 CE and officially inaugurated in 752 CE while Nara was the capital, and served as the headquarters of the Buddhist Kegon sect.

The temple has the world’s largest bronze statue of the Buddha, an enormous 500-ton sculpture known in Japan as the Nara Daibutsu.

Nara Daibusu is also a UNESCO World Heritage Site with hundreds of unique antiques. This is the most spectacular temple I’ve ever seen.

This is the largest wooden structure in the world. It’s immense; I can’t even begin to express how large it is.

The Buddha inside was equally lovely to behold. The vast gardens, museums, and treasure chambers utterly awed me. Everything was worth visiting.

Takaoka Daibutsu is a beautiful bronze statue. The bronze statue, which stood 15.85m tall and weighed 65 tonnes, is currently renowned as one of Japan’s three “Great Buddhas.”.

After being damaged by two separate fires, copper was chosen as the material for the new statue due to Takaoka’s long history in the copper industry, and the statue was handcrafted by local craftsmen.

It is a one-of-a-kind sculpture that highlights the bronze casting methods employed in Takaoka (which is well-known for its metalworking techniques, particularly its bronze ware), and it has become a symbol of the city.

In the vicinity of the statue are no spectacular gardens or elaborate temples. Still, you can enter to see the wooden head of the previous figure, which somehow survived the fire.

I found this place serene to relax our minds. During our visit, there were few visitors, and the space was not as large as that of other Buddhas.

This is the Reclining Buddha at Nanzoin Temple in Sasaguri, Fukuoka Prefecture.

This reclining Buddha is 41m long, 11m tall, and weighs 300 tonnes, making it the world’s largest bronze “nehan-butsu” (Nirvana Buddha). It is the same size (when extended out) as the American Statue of Liberty in New York City. It is thought to be the longest Buddha statue in the world.

It portrays the death of Buddha as he reclines and enters Nirvana. By tying strings to Buddha’s hand, visitors can “shake hands” with him. Many people pray while holding these cords, expecting to obtain the power of Buddha.

“Nehan-zo” is a statue of the Buddha lying on his side, representing the Buddha after he has completed all of his teachings and is on his journey to Nirvana.

The Buddha’s closed eyelids indicate that he has attained Nirvana.

The most well-known of the “Sasaguri 88” pilgrimage sites is the Reclining Buddha (where you visit all the 88 temples and Buddhist institutions in Sasaguri).

I was startled to discover that different buddha poses have different meanings. This was a spiritual experience for me. I’d never heard of this.

Every year, 1.2 million visitors from all over the world visit Nanzoin to witness the Reclining Buddha.

A place with multiple tourist attractions, breathtaking views, and spiritual experiences on one site can only be Japan.

It was a pleasant experience for me, and if you visit Japan, don’t miss the Buddha statues as they are worth seeing.

What makes Buddhism so popular in Japan?

Buddhism was first introduced to Japan around 525. A delegation from the Korean kingdom of Baekje delivered to Japan an image of the Buddha, ritual implements, and religious scriptures at this time. Buddhism took nearly a thousand years to expand from India to China, Korea, and Japan.

In Japan, what is the most famous sculpture?

The Nara Daibutsu is considered one of Japan’s most important Buddha statues. This artifact is kept at Nara prefecture’s historical temple, Todaiji.

Why are Buddha statues so significant?

Placing Buddha statues in your home can infuse your home with peace, positive energy, good health, and prosperity. There are many statues of the Happy Buddha – Shakyamuni Buddha – but the one that brings good luck and abundance is probably the most popular.

What is the significance of the Buddha statue?

What is the Great Buddha of Japan?

The Great Buddha of Kamakura is an Amida Buddha bronze statue that lies on the grounds of Kotokuin Temple. It has long been the second highest bronze Buddha statue in Japan, only surpassed by the statue in Nara’s Todaiji Temple and some subsequent creations. 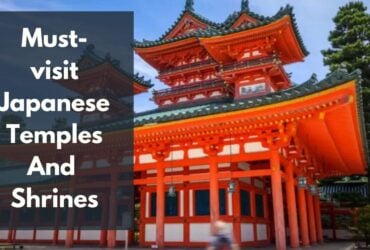 15 Most Popular Japan Temples and Shrines

We curated a list of the most popular Japan temples and shrines ... Staying in Japan Temple or Shukubo

From high-class tourist attractive temples to simple ones where locals go for ...