Hundreds and thousands of years ago, ancient man constructed tools, habitations, pyramids, created a civilization, etc. that are preserved for today’s generation. The discoveries might be debatable or annexed based on experimentation.

Significantly speaking, those discoveries of humans are still preserved and some are open to the public as historical attractions.

Japan is well-known for preserving culture and traditions, including traditional arts, tea ceremonies, religions, architecture, and, most notably, ancient ruins.

If you are living or planning to visit Japan for the uniqueness of its culture and traditions, this article will serve as your guide in choosing some of the best tourist attractions for ancient ruins in Japan.

ANCIENT RUINS IN JAPAN YOU MUST VISIT

The Yonaguni Monument, commonly known as “Yonaguni Submarine Ruins,” is one of the best historical underwater attractions in the southernmost of the Ryukyu Islands, Japan.

In 1985, a Japanese man was diving off the south shore of the Ryukyu Islands, situated 76 miles off the east coast of Taiwan. He noticed a strange formation under the water. Upon closer inspection, he realized that he had stumbled upon the remnants of a lost civilization.

The origins of the structure have been a topic of debate as to whether it is man-made or a natural phenomenon.

Useful information to know when you are going to visit the Yogani Monument:

I highly advise being financially ready when you visit because it is quite expensive for the stay and the transportation fees. Note that trial dives to the underwater monument cost around 25,000 yen (182.95 USD).

Due to the strong water current, beginners are not allowed to dive. Swimmers and divers enter at their own risks.

I have learned that seasons are preferable for divers and swimmers because the Yonaguni monument is prone to large numbers of migrating hammerhead sharks that can be seen around the island between late November and May.

During the time when I visited the Yonaguni islands, I personally asked the citizens of Yonaguni about their perceptions regarding the Yonaguni Monument’s origin. Many of them thought it was a natural phenomenon based on its appearance, but some divers believed it was a man-made stepped pyramid based on its structure.

See also  13 Most Romantic Places to Propose In Japan

Due to many straight lines, some of the rocks purportedly have carvings. This theory contends that the structures are at least 5,000 years old and belong to a lost civilization.

If you are looking for a calm and relaxing atmosphere, then Okunoin Temple is highly recommended for you. It is known as the mausoleum site of Kobo Daishi, the founder of Shingon Buddhism and one of the most respected people in the religious history of Japan.

The Okunoin temple is one of those spots, the large temple area spread over the top of the 800-meter high Mt. Koya.

There are places within Okunoin Temple that empower the traditionality of the temple, which I had experienced before crossing the Ichinohashi Bridge and Gobyobashi Bridge. I had to bow to pay respect to Kobo Daishi.

Furthermore, I also encountered the Gokusho Offering Hall, which requires visitors to make offerings and throw water for the deceased family members.

I note that when you are going to cross the Gobi Bashi Bridge, photos, food, and drinks are strictly prohibited.

My favorite place is the Miroku Stone, a house in a small cage. I was challenged to lift the stone from the cage’s lower platform. It is believed that the stone feels lighter to good people than to bad people.

Luckily, I had the experience of praying while meditating in the Kobo Daishi Mausoleum.

I conclude that Okunoin Temple is good for everyone, especially those people who are going through difficult times in their lives. Despite my experiences, it provides me with peace of mind during my stay at Okunoin Temple.

It is one of the biggest attractions in the city of Tokyo, Japan. Senso-ji Temple is known as the oldest Buddhist temple in Tokyo, founded in 645 AD. The temple is typically famous for its oldest religious buildings, temple structure, as well as the lively colors of the temple.

Way back in the 1600s, the Senso-ji temple was a family temple to be used as a spiritual protection against the invaders from the northeast.

The red lantern, which is 3.9 meters long, 3. 3 meters wide, and weighs 700 kilograms, is its trademark, as are two statues of the gods of wind and thunder, Fujin and Raijin, who welcome you to the Senso-ji temple.

See also  10 Thrilling Rides At Fuji-Q Highland In Japan To Check Out! 

Did you know that one of the advantages of my staycation at the Senso-ji Temple was that there was no admission fee for visitors?

However, I still prefer that you be financially ready when you are going to visit the temple due to its famous Nakamise street.

There are 90 stalls in the street that will attract your attention. Cakes, freshly toasted senbei crackers, matcha green tea ice cream, juicy fried meat croquettes, and more could be on the menu!

Truthfully, not only does the food and instagrammable scenery lighten your mood when you are at the Sens-ji temple, but it also comprises an introduction to Japan’s spirituality and way of life that could change your perspectives on how you see yourself and things in your surroundings.

At the end of my day, I was happy to be able to experience one of its festivals—Sanja Matsuri—which allowed me to feel the harmony within the temple through the people’s flutes, whistles, and chanting. 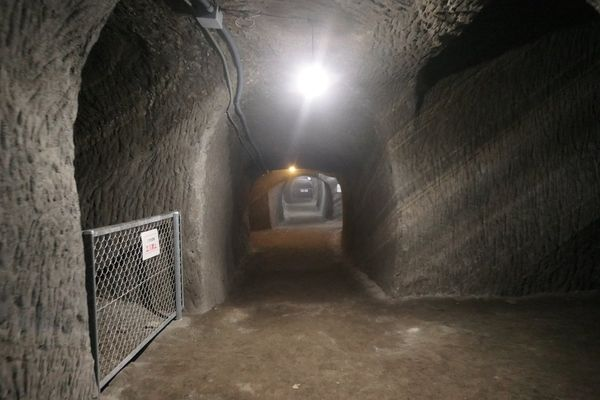 This place is recommended for those people who are invested in WWII topics due to its history.

People believed that Tateyama’s naval air force used these tunnels as air raid shelters due to their unforgotten evidence, including remains found inside the tunnels of a power generator; accounts from people who actually worked in the tunnels before the war ended; and verbal statements that there was a hospital facility inside.

Frankly, the concept of Akayama Underground Tunnels gives me curiosity regarding the left documents, and mainly the generators found inside the tunnel.

I do agree with those reviews that only some parts of it were open to the public, and it made me more curious about what more discoveries there would be if the whole tunnel was open to visitors. Furthermore, the stratum was really mesmerizing—I enjoyed staring at it.

Saitama Kofun Park is known for its cherry blossom trees and flowers, and additionally for its craggy land. It was founded between the fifth and seventh centuries AD. Moreover, the mound was selected for burying royalty and well-known members of the aristocracy.

In keeping with its history, the traditional tombs were hand-made. Time passes by and it forms a stunning hilly land with flowers and cherry blossoms that has been fashioned naturally throughout the past millennium years.

At first, I assumed that Sakitama Kofun Park was just famous for its cherry blossoms and burial mounds. After exploring the park, I additionally acknowledged the museum inside, and that I also discovered the Inariyama Sword.

Despite the rustiness of the blade, you will be able to clearly see the carving on the sword along with the Haniwa-clay figure that was created for rituals.

Note about the fee: there are charges for the exhibition hall in Shogunyama Mound and the museum of the Ancient Burial Mounds. The entry cost was 200 yen per adult and 100 yen for school-aged children.

Some tips to enjoy more of your stay in Japan.

Generally speaking, Japan would be a very good country to visit, not only because of its culture and traditions but also because of the people who live there.

It is a tourist-friendly country, and knowing the low crime rate makes us feel safe around the surroundings.

My insights after spending my time in a stunning place in Japan made me realize that the preservation of traditions and culture is everywhere and it keeps the country unique in how people value their beliefs and actions. In addition to that, Japan is well known for its technological advancement.

I truly admired the stability of culture and traditions in the advancement of technology.

If I am given the opportunity to tour, I would choose Japan again for making my staycation memorable and making me eager to discover the country. 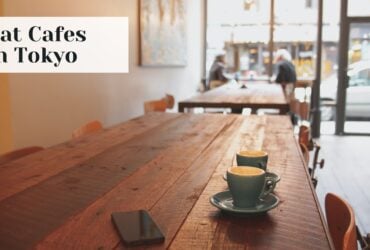 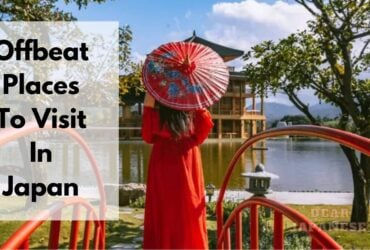